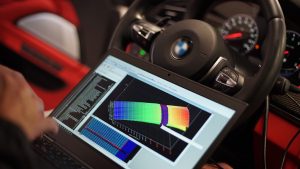 What is ECU Tuning?
More like studying to gain more knowledge, cars have gone a long way when it comes to tuning their brains – called Electronic Control Unit.

Older cars relied on computer chips. Modern cars, however, can be flashed on a software level. The car’s diagnostic port is linked to a laptop which then uploads the new software to the car. As automobiles evolve and become more complex, ECU tuning became more advanced as a consequence.

But ECU tuning isn’t just grabbing your laptop, plugging into the OBD port, and input that you would like a million horsepower. Nope, it isn’t a one and done thing.

There are different kinds of ECU tuning and we are to discuss it below.

Chip and Flash Tuning
Let’s start with chip and flash tuning as these two have nearly identical execution. Both methods rely on a computer to program a tune based on the specific needs of your car.

This tuning software will generally modify ignition timing and modify the engine’s fueling, as well as other important (read: power un-tapping) factors. It will be uploaded to your ECU which overwrites the OEM tune file.

A flash tune can be uploaded straight to your car while a chip needs to be physically fitted to the engine’s ECU. After you are done tuning your car with either method, you will instantly experience the boost in power the moment you drive your car – mainly because the car now responds more instantly to the prodding of our leaded right foot.

Standalone Fuel Management
This system completely replaces your car’s factory computer and has virtually unlimited capabilities. The only downside with standalone engine management is that it requires plenty of work to install.

They are almost only used for highly modified cars or race, non-road legal cars. An appropriate setup for a standalone fuel management can cost between $4000 and $40,000. For the majority of streetcars, a standalone ECU isn’t really necessary.

Piggybacks and Tuning Box Kits
Today’s cars feature extremely complex computer systems. The sheer volume of data that their engine ECUs process every second is nothing short of amazing. And did we already say really complex?

A lot of this has to do with the integration of new features.

That’s because of engine downsizing and ever stringent emissions standards. Modern automobiles have advanced camshaft control, turbochargers, direct-inject systems, coil on its plug ignition, etc. More components mean more data to process which requires more computing power as a result. A lot of automobile manufacturers also encrypt their ECU software making it extremely challenging to reprogram. Again, because of emissions standards and the engineering complexity of it all.

For a lot of enthusiasts, it’s easier to run a piggyback tuner or tuning box kit. These types of tuning systems intercept valuable sensor data (such as air/fuel ratio, ignition, throttle position, crank position, camshaft position, MAP/MAF, or others) and modify the signals before sending them to the ECU.

It’s fairly easy to install a piggyback module and you don’t have to be a skilled mechanic to do it. You can also DIY the installation process with just some basic hand tools and instructional videos on YouTube. This means you don’t have to spend money on hiring outside help.

It’s basically just like a chip or flash tune where software is uploaded to the car. By modifying the signals from engine sensors, the factory ECU is effectively tricked into producing more power, because the sensors will output signals which make the ECU think it’s not producing enough power.

Login with your Social ID